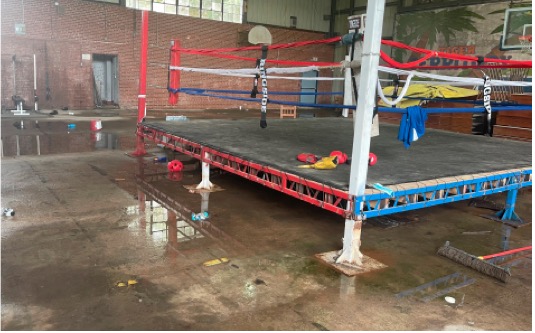 The fate of the old high school gymnasium on Water Street is now apparently sealed. After hoping the school district could get a federal grant through NextEra for the restoration of the 73-year-old building, that possibility disappeared.
Planning chief Shannon Metty, who acted as a local liaison with NextEra, recently confirmed that after numerous setbacks all attempts to secure a US Department of Agriculture grant for the building have ceased.
“We have exhausted all avenues,” Metty said. “The time is up for a USDA grant. “
Meanwhile, the Police Athletic League (PAL), which has rented the building in an attempt to host a youth program there, is pulling out of the deal.
Attorney David Collins, who represents the organization as legal counsel, informed the Jefferson County School Board by letter last week that the group was ending the lease on the building and asked for 60 days to be able to remove its equipment Locals.
“The reason for such termination is that PAL has exhausted all funds in order to keep said gymnasium safe and has not been able to do so,” Collins wrote. “Many PAL items have been stolen, vandalized and outright destroyed. “
“We dreamed that community funding secured in part through the NextEra settlement could have made the gymnasium a model of community unity and an opportunity for young people,” wrote Collins, who negotiated the settlement extensively with the energy company.
Unfortunately, he concluded, “elected officials have never been able to agree on a single subject to make the aforementioned dream come true”.
The Jefferson County School Board reluctantly voted in June to work with NextEra to apply for a grant to repair the building. Ultimately, however, the effort to secure a grant from the USDA was unsuccessful.
Erected in 1948 and renovated in 1979, the gymnasium has long served the school for its sports activities and general assemblies, until its abandonment in the 1990s. It has since fallen into disuse, although PAL has organized programs there. ‘to recently and hope it will be renovated.