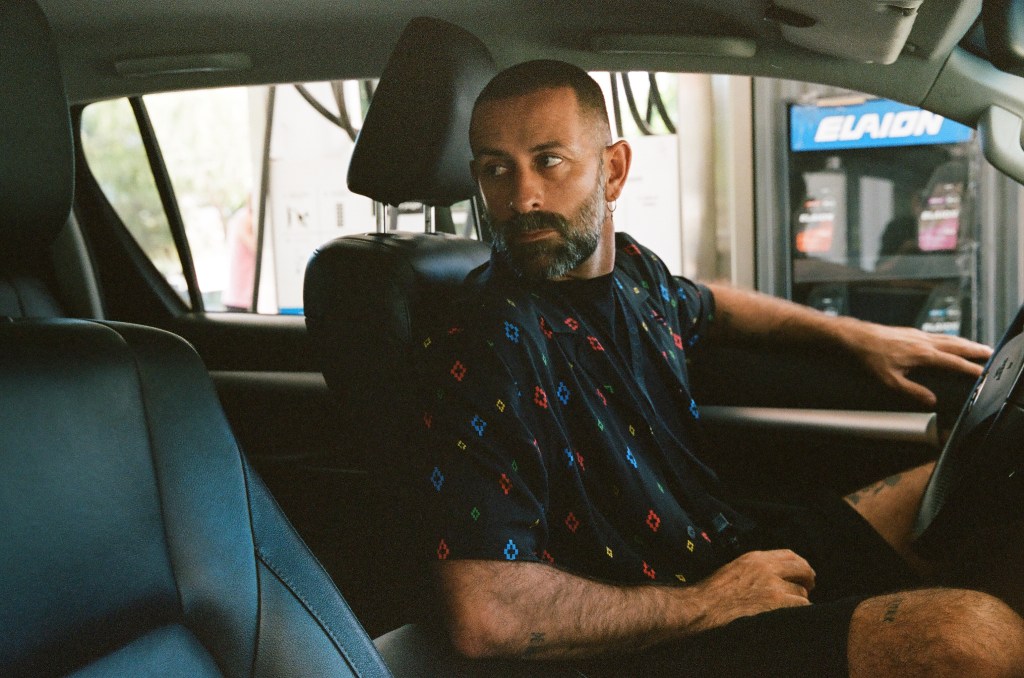 MILAN – Born in 1976 in the region of Argentinian Patagonia, more precisely in El Bolsón, surrounded by a hippie community, Marcelo Burlon arrived in Italy, in the Marche region, as a teenager. While trying to make new friends and helping his mother clean a small hotel and working as a bartender, Burlon, fascinated by the growing club culture, began to build his own identity.

The first steps of his life, but also the milestones of his career as a stylist, fashion PR then founder and creative director of the County of Milan brand, are all retraced in the table book “Marcelo Burlon County of Milan: Confidential” published by Rizzoli with the artistic direction of Macs Iotti and an interview with Angelo Flaccavento.

Burlon, who in 2017 along with Davide De Giglio and Claudio Antonioli founded the Milan-based New Guards Group, which was sold to Farfetch two years later, spoke with WWD about the recently published book, his future plans – and revealed that a TV series about his life is on.

WWD: What part of the world are you in now?

Marcelo Burlon: I’m in Ibiza, I’m preparing my first DJ set after so long… I’m playing at the Sanctuary in Milan on December 3rd. I was a resident DJ in Rome and they offered to do a DJ set in their new place in Milan and I said yes… But then on December 10th, I am going to Patagonia and I will stay there for a while… J can’t wait. I want to be with my family. I take advantage of the fact that we are not showing in January.

WWD: Why did you decide not to show?

Mo: In June we plan to celebrate the 10th anniversary of County of Milan with a big event with a mega performance, hopefully in a public space open to all. So we decided to skip the January show, avoiding wasting money and time, focusing only on the June event, which I would like to be amazing.

WWD: Let’s talk about the book. It must have been quite a trip …

Mo: It was cathartic… going back through my past, tracing my story minute by minute, trying to remember everything that happened, think about all the events and watch all the photoshoots… we started five years ago and in the meantime we have started to produce content with the book in mind.

WWD: The book has a very particular structure, built like a police investigation. Why?

Mo: This concept was invented in 2003 by Macs Iotti, when he helped me create the visual identity of my agency, Entreprise Marcelo Burlon. He had the brilliant idea of ​​the concept of police investigation and my maps were produced using this style as a reference. So when we started working on the book, we went back to that model by building the tome like a police file, where I’m the suspect, the people who worked with me and were around me the witnesses, the interview I did with Angelo Flaccavento the interrogation and all visual content is proof.

Mo: I think so. And I have to tell you, I’m so happy because Helmut Lang wrote to me asking for a copy. I mean… we got in touch because you know I’m now an art collector and through a friend I ordered one of the eagles he was making… so we got to know each other and now he’s asking me to send him a copy of the book. Can you imagine Helmut Lang! He was and still is a major inspiration to all of us who grew up in the 90s. When I was doing styling, the first thing I did was look at his collections, his shows. We miss him in the fashion industry.

WWD: Where is the book distributed?

Mo: We are present in 900 bookstores around the world, but it is also on sale in museums and art galleries, such as MoMa and Tate in London. It’s quite impressive …

WWD: As you put the book together, have you discovered what were the most pivotal moments in your career that took you to the next step?

Mo: Everything was important, especially because everything is linked. By working in a specific club, I got to know the right person, who introduced me to someone else and so on. Of course, there were special moments. I think, for example, when with my agency I organized the Prince concert for Versace, or when I opened my first store, or this collection in particular… But everything is so linked. If you go through the pages of the book, you see this precise line, this red thread connecting everything. The purpose of this book was to ultimately show who I really am. It essentially brings together 20 years of events, parties, fashion but also memories of times when I struggled to earn money, enough to buy food. We added a timeline where there are milestones from 1976 to today: for example, when I joined the Rimini theater school in 1996, or the Björk concert I attended in 1997 which really changed my life and my vision… The moments are so many, but I feel I can say that in everything I have done I have been kind of a pioneer, in this space between the end of analog and the start of the digital world.

WWD: The last few years, the last time we met physically in Milan, following your life on Instagram, but also talking to you now here through the screen, I have a feeling that in a way you entered a new dimension of life, with zero FOMO, and a real desire to feel good and to enjoy life …

Mo: After the sale to Farfetch, and even more so during the pandemic, I realized I had to reclaim my own time, rebuild my own privacy. When we were forced to put our lives on hold because of the virus, I realized I couldn’t take it anymore, to be immersed in a world so fast paced, filled with deadlines and urgencies. I was in confinement in Ibiza and I took control of my life. I have the impression of living a moment of maturity and awareness. I really believe that if you have the strength to see things from a distance then you are really able to understand what is good for you.

WWD: You are busy with different things, but you still run Milan County. What future do you see for the brand?

Mo: I’m still the Creative Director, I work with New Guards Group and I have a great team. The brand has always grown without establishing major strategies in advance. And I think we’ll move forward that way. We are opening two stores, one in Milan and one in Ibiza. We will be making many new collaborations for the 10th anniversary. I am the only owner of the brand and I have a license agreement with NGG until 2035. We will see if at that time they will want to renew it.

WWD: At the same time, I know you work on a lot of projects, from the Healthy Colors food chain to supporting friends projects…

Mo: I also opened Noa, named after my dog, which is a real estate company. We buy apartments in strategic areas of Milan, we renovate them and we resell them. However, the project that is most important to me now is the Marcelo Burlon Foundation, which aims to disseminate culture and education on very sensitive subjects, in particular on racism towards the LGBTQ + community. We organized an event in Ibiza to raise funds to open a refuge in Tuscany, called Marcella, where we welcome and protect trans people who have experienced different types of violence. We are publishing a series of books with a National Geographic photographer on different environmental disasters. We’re starting with the forest fires that destroyed Patagonia earlier this year, and the proceeds from the sale of the books will help those who have lost everything in those areas. In addition, I am working with Jason Campbell on a book retracing the evolution of racism in fashion from the 70s to today.

WWD: Future objectives of the foundation?

Mo: Opening of a dog shelter in Ibiza and Patagonia, with veterinarians in care and all the facilities to guarantee them a happy life.

WWD: You’ve done so much in your life, from dancing in clubs and acting to PR work, organizing events and launching a successful fashion brand, among others. Is there something still you want to do to feel truly accomplished?

Mo: You know what? No. I did everything I wanted, I invested in so many projects and I feel good and happy. At one point, I wanted to make a vegetable garden here in Ibiza and I did. I am about to start driving around the island with my Méhari car, giving my vegetables to people. I like simple things, those little pleasures that you hardly see. The truth is, I made my dreams come true… Listen, I’m telling you this – they’re doing an eight episode series about myself with great actors and a great director… Can you believe it? It’s crazy!