Only 500 of Leatherman’s latest models were made. And they are on sale today.

Black oxide finish and PVD coating not only add functionality to this newest member of the Leatherman family, but they also reinforce his haunting nickname: The dark side.

The second version of Leatherman’s Innovation Garage, The Darkside builds on the design of the Charge multitool. Like its predecessor Garage, Mr. CrunchThe Darkside is a one-run product, with only around 500 tools made.

And if the release of Mr. Crunch was any indication, this tool will sell out quickly. Here are the details.

For starters, The Darkside packs a bunch of features, with 23 tools in total. Some mark unique options among Leatherman’s line of tools, including a carbide tip and a ballpoint pen.

Additionally, Leatherman built on the Charge platform by adding an adjustable tension jaw as well as tweezers. Additionally, The Darkside marks Leatherman’s first foray into laminated G10 materials in two colors: black and blue. For those unfamiliar with G10, knife makers commonly use the material for knife handles. It is widely considered an excellent choice.

And the look of The Darkside is as much about the story as it is about its utility. Along with the black oxide coloring and striking matte PVD finish, the tool sports striking aqua blue inlays in the tool body and along the included leather sheath. 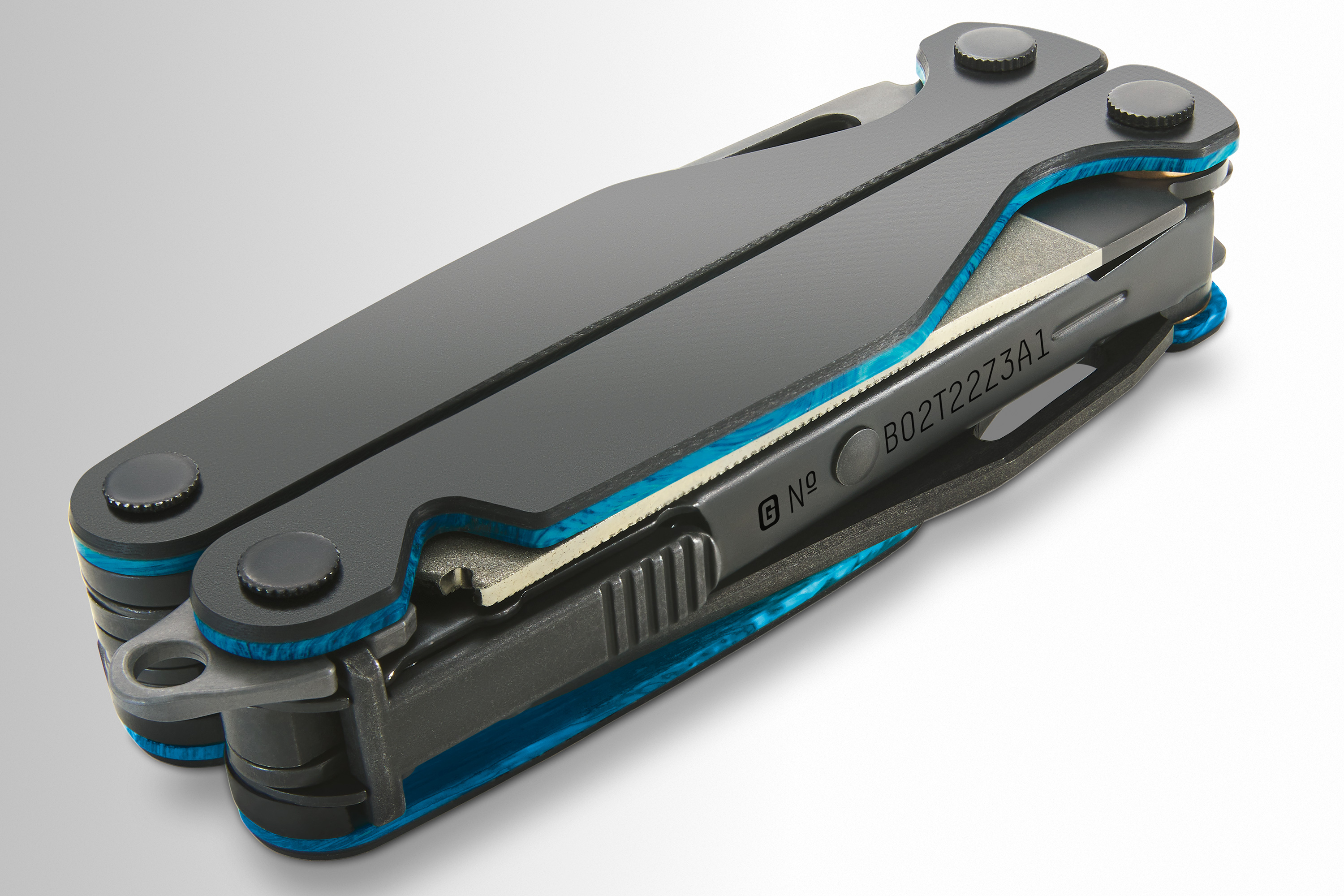 Leatherman claims the black DLC coating also reduces friction, making The Darkside noticeably smoother to use. Perhaps most interestingly, Leatherman notes that G10 offers a grippy texture that feels soft to the touch, cool when hot and warm when cold. Mysterious!

Remember, Leatherman will only make around 500 The Darkside multitools, and when they’re gone, they’ll be gone. Learn more and buy yours at Leatherman Garage.