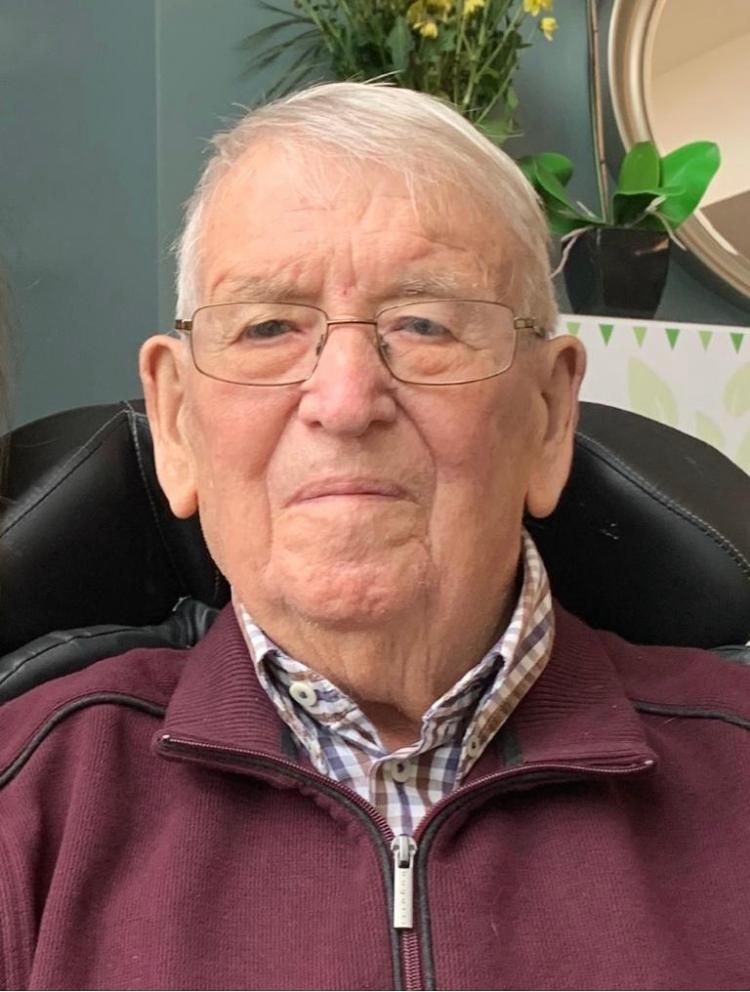 The town of CARLOW lost one of its oldest and most respected businessmen with the death of Tom McDonald on Friday October 29 at SignaCare Nursing Home, Killerig. Tom, 88, from Ballinabranna, Carlow had been in poor health for several years. He was a resident of SignaCare for the last five weeks of his life, where he received exceptional care.

A native of Ballinabranna, Tom was the son of Patrick and Mary (née Brenan) McDonald. Her father was a small farmer and her mother a teacher at Ballinabranna Girls’ School until 1952.

Tom joined the drapery business in 1951 as a store assistant at Mac’s Menswear, 6 Tullow Street, Carlow, working for owner Evan McDonnell. After serving his term in commerce, Tom emigrated to New York City in January 1958, continuing in menswear at Rogers Pete Company.

In early 1960, Evan McDonnell contacted Tom in New York to ask him to return home to manage Mac’s. Tom accepted and returned to Mac’s in July 1960. In 1975 Tom bought Mac’s and continued as the owner until his retirement in 1997 when he handed over the reins to his son Declan.

The family business grew with Tom at the helm, establishing Top Gear in Carlow, followed by another Mac’s Menswear branch in Kilkenny. Additional stores were developed – Detail at Potato Market, Carlow and Detail, High Street, Kilkenny – jointly owned and operated by the sons of Tom, Philip and Carl.

On July 4, 1961, Tom married the love of his life, Kathleen Byrne of Ballinabranna, in St Lazerian’s Church, Leighlinbridge. Tom and Kathleen have had a wonderful life together, raising seven children.

On Sunday July 4, 2021, the couple celebrated their 60th wedding anniversary with special papal recognition at St Fintan’s Church in Ballinabranna. It was a nostalgic occasion for the whole McDonald’s family, as two days later Tom was admitted to Beacon Hospital in Dublin.

Tom and Kathleen were a really close couple; on special family occasions at the McDonald house, Tom would call for “shhh” during a song to sing the beautiful rendition of Kathleen from ***boy danny***.

A man of foolproof good humor and a quick wit, Tom McDonald had one of the company’s greatest assets: a common touch. He had a characteristic welcome smile for anyone who stepped into Mac’s menswear doorstep.

Tom was a man who, at a glance, would tell you what size shirt, suit, shoe or hat would work best – and he would invariably be on the spot. His customers implicitly trusted him, knowing that if they opted for a complete outfit, they would leave the store as if they were stepping out of a catalog.

Outside of his professional life, Tom was a man of many interests. A true Gael in his youth, Tom played Gaelic football for Ballinabranna, being a quick corner striker. He won a medal at the Carlow Junior Football Championship with the club in 1963, when St Andrew’s, Bagenalstown was beaten in the final. Earlier in 1957, Tom was part of the first adult football team to achieve success at Ballinabranna, when the club won the Myshall GAA seven-a-side football tournament with a final victory over Palatine. The seven-a-side game suited a quick little player like Tom.

It was also a source of great pride for Tom that once he lived in New York, he won a championship football medal, playing for Sligo.

After his playing days, Tom immersed himself in Ballinabranna GFC, serving as a coach for both the green and gold carriers, while also holding various officer positions, including club secretary. He also managed Ballinabranna with Martin Dermody and Bob Sheehan, when the club last played in a senior football championship final at Carlow in 1973, losing to Kildavin.

He was a longtime supporter of the County Carlow teams in football and hurling. Any GAA customer of Mac’s Menswear was sure to be engaged in a conversation about the current state of the game locally and nationally. Tom was a wise judge of all football and hurling games.

Tom also played hockey, along with his lifelong friend and brother-in-law, the late Vincent Byrne of Ballinabranna. They played for the Carlow Hockey Club and on one occasion fell victim to the infamous GAA Rule 27, which prohibited “foreign” games. Tom and Vincent appealed this decision and won their case on the grounds that they had only been seen with hockey sticks and had not been seen playing the game!

The vast majority of the condolence stream on social media after Tom’s passing called him a gentleman at his fingertips, a man with great knowledge of family history, a great host to his home in “Leinster View” and always present in in the middle of things – “stories, songs and staging”, as one post said.

Tom was very proud of his community, participating in many pantomimes and plays that were staged at Ballinabranna Hall. His fun stage antics with the late Jimmy Daly and Vincent Byrne were recalled following Tom’s passing.

Tom was also an accomplished bridge player, an interest he retired. He was a member of the Academy Bridge Club in Carlow and won the Club President’s Award on several occasions with his bridge partner Geraldine O’Sullivan, Oak Park.

The service began with a welcome message read by Declan (son) to family and friends who join via the live broadcast.

There was a fitting praise for his father by his son Vincent, while Philip (son) thanked everyone for their support at a time of great loss for the McDonald family.

The singing of the hymns at Mass was by Majella Swan and Stephen Harland, supported by the Ballinabranna Parish Choir. After mass, Tom was buried in the nearby cemetery, Father Lalor reciting the last prayers on the grave.